After her animal-inspired horns, Maleficent’s strong fairy wings are probably her most noticable feature. Adult Maleficent describes her wings to young Aurora:

[My wings were] so big they dragged behind me when I walked.

Creating wings large enough to drag behind you (or a child) as part of a costume (without tipping over) is only part of the challenge in recreating Maleficent wings. The large talon like claws at the top of each wing along the overall size make them challenging to recreate.

I figured that the wings would be part of the costume that would probably need to be purchased instead of made.

However we had a request from a visitor, Carol wondering if I had any instructions for Maleficent’s wings (and horns), so I decided to see what I could find.

In comparing the young Maleficent and the adult Maleficent wings, the main differences between the two versions are the color and the size. The overall shape of the wing and construction are the same.

Young Maleficent’s wing is sized for a ‘girl’ fairy.

As seen to the right it is made from brown feathers with the large claw-like talon at the top of the wing.

Adult Maleficent’s wing is sized for an adult fairy.

Seen below, these are the wings she has as the the largest of the fairies, when she is Queen (and protector) of the Moors.

This version of the wings are made from very dark gray to light black and still have the claw-like talons at the top.

Maleficent’s wings in the movie appear to be real, but the oversized feather fairy wings were actually CG (computer generated) images based on real live models feathery models created by Anna B. Sheppard’s team of costume designers.

The design team created these amazing large feather models (seen below) on which the computer artists created their digital ones for the film.

The fact that the wings are computer generated adds to the challenge of recreating real life wings for a Maleficent costume.

Looking at the pre-made wings and Maleficent Wing options can give you ideas for making your own. Many of the available premade wing options are for angels—either white or black.

I wasn’t able to find large brown costume wings like the ones worn by Young Maleficent, but you could get white ones and spray paint them brown if you really wanted brown wings.

My personal favorites are the very long black feather wings like the ones to the right from Costume Adventure made from turkey wings; these are the ones I would have chosen, if I’d decided to go with wings for my Maleficent costume.

There were a few officially licensed Disney Maleficent wings released for Maleficent costumes. The one for children which was made from fabric. The children’s wings has a faux, fabric, claw area and are nice and soft for children to wear. They might still be available on eBay. You can also use the style as inspiration to make your own from fabric.

The officially licensed Disney versions give costumers a few more options, using fabric instead of feathers to recreate the wings, which may be easier for seamstresses than crafters. The Disney Maleficent Movie Adult Wings, made for adults (seen on the right below) are made from a polyester fabric cut into feathers sewn onto a plastic frame.

After looking through all of the different video and written tutorials, I discovered there are a variety of different materials that can be used to construct the wings depending on one’s time and budget/ Materials for making wings include:

All of the different version require some kind of a base (foam board, canvas or cardboard) or a wire scaffolding to help create the shape.

Which version you decide to use depends a lot on the materials you want to work with, the type of effect you want, the size of the desired wings, the size of the person who will be wearing the costume wings.

I also thought for an adult Maleficent costume wearing a shawl in a feather like pattern would work well too. (Still working on the pattern)

For making Malefient wings with feathers the written tutorials by T0BY on How to Make a Pair of Angel Wings, the blog post from Costume Designer Breanne Cooke and the video tutorials from IndagoFeather and The Milky Way show different ways of working with real feathers.

Working with individual feathers can be costly and time intensive. Breanne Cooke estimated that she used 300 to 350 black turkey quills to make large feather wings. Mixing up several types of feathers (long for effect, short/inexpensive or boas for fillers) can help cut down on the cost. Making pseudo-feathers with fabric, foam sheets, or paper are other ways.

The tutorials using fabrics include How to Make Wings (Bat Wing) from Simplicity as well as Martha Stewart’s tutorials for Costumes with Wings (Bat Wing) use pantyhose with wire frames. Combine this with the fabric portion of This Must Be the Place’s  DIY Wings to make your own version of the Disney Maleficent Movie Adult Wings

. Cutting the fabric in rows and then stitching them in place may be one of the faster ways of creating the effect of feathers.

Working with fabric may be desirable for seamstresses. Cutting faux feathers (like the edging in This Must Be the Place’s  DIY Wings.) Choose a fabric that is not going to unravel if you cut the edges like Black Felt

or lightweight PUL Fabric. Some of the rip-stop nylons may work but test the fabric so it doesn’t fray before committing to cutting out 100’s of faux feathers or rows of feathers.

Tiffany‘s cemetery angel costume idea shows how to use foam board to make stiff wings. Foam sheets can be cut into feather shapes or individual and painted or colored. Foam sheets help to give structure and flexibility to the wings, in addition to shape.

Foam boards or sheets are another way of cutting down expenses over using regular feathers.

Out of all of the options, using cardstock paper and cardboard for the wings (especially if the cardboard is recycle) is probably one of the least expensive method. The Bird Wings Tutorial from eHow show how to create paper wings. Instead of cutting individual feathers, I would cut the feathers in rows, so you can attach the edge of the row to the cardboard base.

What Would I Choose?

If I was going to make a pair of wings for a Maleficent costume (young or older) I would construct a wing base and then add either feathers or fabric (felt or foam) depending on the effect that I wanted and the costuming budget.

or lightweight PUL Fabric) is going to be a lot less expensive than using feathers, but you won’t have the same effect as you would using the feathers. Mixing them together (part fabric, highlights in feathers) can cut down on the cost.

I found several different tutorials for making wings, depending on the type of wings you decide to do, along with my comments on which ones would be the best to use.

In this video tutorial IndagoFeather shows how to make white Cosplay wings using feathers and foam. Change them to black or brown for Maleficent Wings.

The Milky Way makes white feather wings with cardboard and feathers for a very small child.

Flying Above the Clouds

One of my favorite quotes combined with one of my favorite scenes from Maleficent. This scene of her flying above the clouds is one that I think many of us have imagined at one time or another. The cinematographers managed to give us the feeling of flying with her strong wings, while watching the film.

I had wings once, and they were strong.

They could carry me above the clouds and into the headwinds, and they never faltered.

Ready to fly off into the headwinds with your own wings? 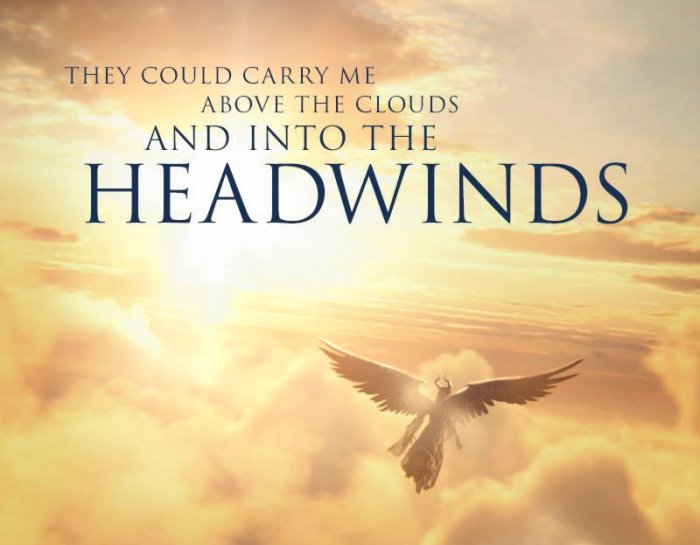 The information on Young Maleficent’s costume was split into several pages. Look for more information on her costume, horns, makeup, hair and nails and her accessories (necklace, bracelet and treasure pouch) on these related pages: